My Tweets
Leave a comment Posted on April 19, 2016 Uncategorized

With the rising awareness around the negative environmental impacts of large-scale farming, there has been a recent trend towards urban farming.  According to a 2013 report from the US Department of Agriculture, around 15 percent of the world’s food is now grown in urban areas, and it seems like a trend that’s only continuing.  Urban farming can be everything from a tomato patch in a vacant lot by your apartment to growing herbs on your rooftop.  I recently came across an article by data scientists from Redfin, who combed through thousands of home listings for farm-friendly keywords to find the best cities for urban farming.  Here is what they found:

People in Eugene love their gardens, and it isn’t uncommon to see vegetables or chickens in yards.  There are six community gardens in the city, with more than 300 plots in-between them.  The local store “The Eugene Backyard Farmer” sells a variety of urban farming supplies, making it easy for people to take up.  And since the city cheaper and has more space than Portland, Eugene is the ideal place for Oregonians who wants to live more sustainably.  The city’s allowed residents to keep more animals on their property, helping to further facilitate urban agriculture.

Vermont’s “big” city has a reputation for being green, has nearly 400 community gardens to back that up.  From an extensive community gardening program to strong farm-to-school programs, the city offers plenty of benefits to urban farmers.  The city also has an innovative and progressive municipal policy that supports urban livestock and garden structures. 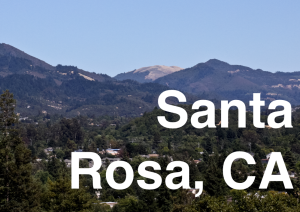 According to the economic development and marketing coordinator of the city, Santa Rosa was built in part on merging “urban” and “farming”.  Urban farming is a central part of the city, providing food security and jobs while creating local entrepreneurs.  It’s in a very biodiverse region of the state, allowing residents to produce high-quality foods and artisan products, which are often sought out by many of the top chefs and restaurants in the Bay Area.

Much of the demand for farm-friendly housing in this upstate South Carolina city comes from health-conscious millennials who are interested in the city’s high quality of life, low living costs and tech job opportunities.  Such local organizations as Gardening For Good, Mill Village Farms, Reedy River Farms and the Greenville County Parks & Rec Department have all spearheaded the urban farming movement in the city. 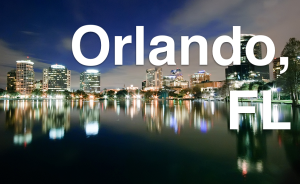 Apart from its role as a mecca of amusement parks, Orlando has been involved in community gardening initiatives.  While Orlando is behind other contenders on the list for food production, people have been pouring full energies into changing that, including several nonprofits.

It might be expensive here, but the city has made great strides to promote urban farming.  Urban Agriculture Program donated more than 11,000 plants to gardeners in the city last year, and organizations like the San Francisco Urban Agriculture Alliance, Community Grows and Slide Ranch offer a community for those interested in urban agriculture. 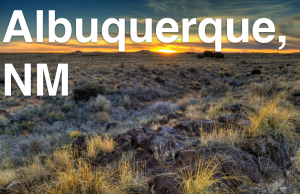 City zoning in New Mexico’s largest city permits homeowners to keep livestock on their property.  The sunshine, moderate high desert climate and local resources here all support sustainable farming.  The Old School is a hub of experts that offer all sorts of classes on urban farming, often for very cheap.

While not many areas in the city of Columbia let you keep chickens, there is farmland north of the city and several schools teach farming and gardening practices.  The local organization City Roots grows 125 different types of fruits and vegetables, as well as keeps bees for honey and pollination and raises chickens for eggs.

The growing popularity of healthy food and farm-to-table dining has led to an increase in urban farming in Tampa.  Gardening groups are getting larger and larger, and the urban farming trend here has been encouraging Tampans to eat and get healthier while leading more sustainable lifestyles.

There’s been a lot of transformation in Raleigh, with old factories being turned into restaurants and downtown becoming a more popular place to live.  One of the hip things in Raleigh right now is chickens, and downtown is filled with green spaces and community gardens throughout the city.